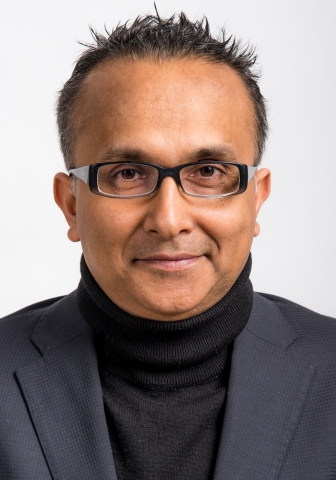 Ravi is the Associate Lab Director of the Energy Technologies Area. He is also an adjunct professor in the Department of Mechanical Engineering at the University of California, Berkeley.

Ravi joined Berkeley Lab in June, 2015. Previously, he was vice president of product development of Sheetak Inc., a startup developing solid state thermoelectric energy converters. He relocated to India for a while to develop these technologies for the rural Indian market. Ravi earlier worked as one of the first program directors at the Department of Energy's Advanced Research Projects Agency-Energy (ARPA-E). While there, he created the Building Energy Efficiency Through Innovative Thermodevices (BEET-IT) and the High Energy Advanced Thermal Storage (HEATS) programs. Prior to joining ARPA-E, Ravi was the technology development manager of the thermal management group at Intel. He was also an adjunct professor in the school of engineering at Arizona State University (ASU) from 2005-2013, where his research was funded by the National Science Foundation and the Office of Naval Research.

Ravi has published more than 120 archival journal papers in top science and engineering journals such as Nature Nanotechnology, Physical Review Letters, Joule and Journal of Heat Transfer. He holds more than 35 patents in the area of thermoelectrics, microchannels, heat pipes, thermal interface materials, nanostructured materials and devices. He has served on the Ph.D. committee of students at Stanford and ASU. He is a fellow of the American Society of Mechanical Engineers, and a senior member of the Institute of Electrical and Electronics Engineers (IEEE). He was the recipient of an Intel achievement award (the highest award for technical achievement in Intel). He is also a recipient of the outstanding young engineer award from the components and packaging society of IEEE. He has served on the editorial committee of Annual Reviews of Environment and Resources, Nano and Microscale Thermophysical Engineering, the IEEE Components, Packaging and Manufacturing Technology Society and ASME Journal of Heat Transfer. He has given multiple invited talks all over the world on nano to macroscale thermal energy processes and systems. More information about Ravi's research can be found on his group website, prasherlab.lbl.gov

Ravi obtained his B.Tech. from the Indian Institute of Technology Delhi and Ph.D. from Arizona State University.

From nanowires to super heat conductors

A framework for a hydrogen economy

A simple model for the entropy of melting of monatomic liquids

Heat of Mixing During Fast Charge/Discharge of a Li-Ion Cell: A Study on NMC523 Cathode

A nano-photonic filter for near infrared radiative heater

Low-Temperature Melting of Silver Nanoparticles in Subcooled and Saturated Water

Experimental investigation of the latent heat of vaporization in aqueous nanofluids

The impact of thermal engineering research on global climate change

Critical Review of the Novel Applications and Uses of Nanofluids

Thermochemical Conversion of Biomass Using Solar Energy: Use of Nanoparticle-Laden Molten Salt as the Working Fluid

Thermal conductance of nanofluids: is the controversy over?

Effect of Coloidal Chemistry on the Thermal Conductivity of Nanofluids

Thermal Radiation Through a Nano Aperture

Monte Carlo Simulation of Phonon Backscattering in a Nanowire

Effect of aggregation on thermal conduction in colloidal nanofluids

Measurements of nanofluid viscosity and its implications for thermal applications

Ultralow thermal conductivity of a packed bed of crystalline nanoparticles: A theoretical study

Computational Analysis of the Colloidal Stability of Nanofluids

Effect of Particle Material on the Static Thermal Conductivity of Nanofluids

Parallel heat exchanger for a component in a mobile system

Scattering of Phonons by Nano and Micro Particles

Method of heat extraction from an integrated circuit die

System and method of heat extraction from an integrated circuit die

Spreading in the heat sink base: Phase change systems or solid metals??

Non-dimensional size effects on the thermodynamic properties of solids

Size Effects on the Thermodynamic Properties of Thin Solid Films