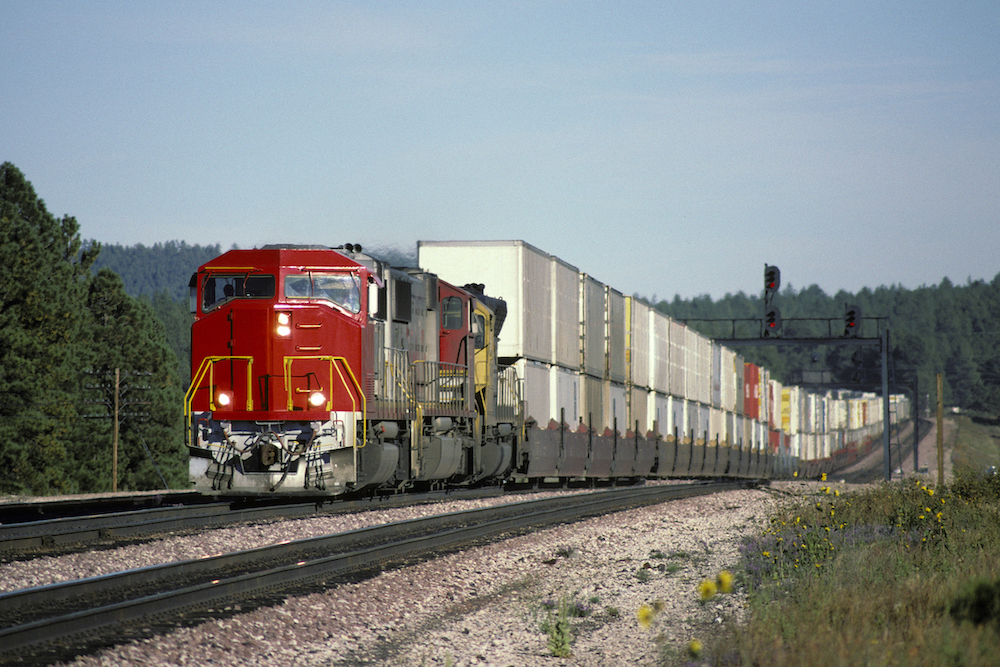 Trains have been on the sidelines of electrification efforts for a long time in the U.S. because they account for only 2% of transportation sector emissions, but diesel freight trains emit 35 million metric tons of carbon dioxide annually and produce air pollution that leads to $6.5 billion in health costs, resulting in an estimated 1,000 premature deaths each year. What’s more, these deaths and adverse health impacts disproportionately affect disadvantaged and low-income communities, which are more likely to be located near freight rail yards and railways.

The recent dramatic decline in battery prices has created a new possibility for electrification of freight trains. Researchers from the U.S. Department of Energy’s Lawrence Berkeley National Laboratory (Berkeley Lab), collaborating with UCLA and UC Berkeley researchers, make the case that the U.S. can retrofit diesel-electric trains with batteries in a way that is cost-competitive with diesel. Doing so would avoid these unnecessary deaths and health impacts and save the U.S. freight rail sector $94 billion over 20 years from reduced air pollution and carbon dioxide emissions. Their study was recently published in the journal Nature Energy.

“A rapid conversion of the freight-rail sector is not only technically feasible and cost-effective, it would bring immediate and lasting health and economic benefits to lower income communities,” said Natalie Popovich, Berkeley Lab scientist and lead author of the study. “And it would provide a boost to our nation’s efforts to curb climate change, especially considering that U.S. freight rail capacity is expected to double by 2050.”

Trains play a significant role in moving goods throughout the U.S., particularly heavy freight such as coal, lumber, and ore. According to the Federal Railroad Administration, 28% of U.S. freight is moved around the country by rail, and that percentage is expected to grow substantially in the next couple of decades. At the recent 2021 United Nations Climate Change Conference, the U.S. joined a dozen other countries in signing onto new agreements to curtail shipping emissions, and zero-emissions solutions for freight rail transport will be part of that commitment.

Diesel-Electric, but not Battery-Electric

Unlike several other regions in the world, all freight trains in the US are still diesel electric, largely because the typical electrification strategy of building electrified lines over tracks is harder to implement in the U.S. with its vast distances. In diesel-electric trains, a diesel engine is connected to an alternator that then supplies electricity to electric motors connected to the locomotive axles. Retrofitting the trains to be powered by batteries is therefore feasible because diesel-electric trains already have an electric motor.

“Dramatic improvements in battery technology, coupled with the existing electric drivetrain in predominantly diesel-electric freight trains in the U.S., pave the way for a rapid conversion to battery-electric freight rail and with substantial cost savings,” said Berkeley Lab scientist Amol Phadke, corresponding author of the study. “Also, the weight of batteries is less of a constraint than it would be for electric vehicles or trucks. We can add a car to a freight train built out with batteries, and the weight of that battery car is not an issue with trains.”

Diesel-electric trains have been around since the 1920s, and they started to replace steam trains in the 1930s since they performed better and were less polluting. At that time, using diesel engines to generate power for the motors on trains was cheaper than trying to develop fully electric trains due to high electricity costs. Now, a century later, we are at a point where the price of electricity is competitive with diesel, and the environmental and health costs of continuing to rely on diesel to power freight trains are too devastating to ignore.

“Our analysis shows that a switch to battery-electric freight will cut the industry’s annual carbon dioxide emission by more than half, eliminating more than 400 million metric tons of carbon dioxide in 20 years,” said Popovich.

The study highlights that additional pathways to electrifying U.S. freight trains exist, such as electrifying trains via overhead power lines or using hydrogen fuel cells in conjunction with battery-powered trains. However, based on the fact that freight trains are already diesel-electric, and considering recent advances in battery technology, the researchers show that the battery-electric pathway offers the most cost-effective, long-term solution with multiple added benefits.

Their analysis shows that existing battery technology could power a freight train for 150 miles (the average daily distance traveled). A battery-powered freight train would use half the energy required by a diesel-electric train, and taking into account falling battery prices and environmental costs of diesel, battery-electric trains are on track to be more cost-competitive than diesel-electric trains. Since freight rail planning is centralized, the study suggests that railroads could achieve high volume use of fast-charging infrastructure, which would further reduce costs. 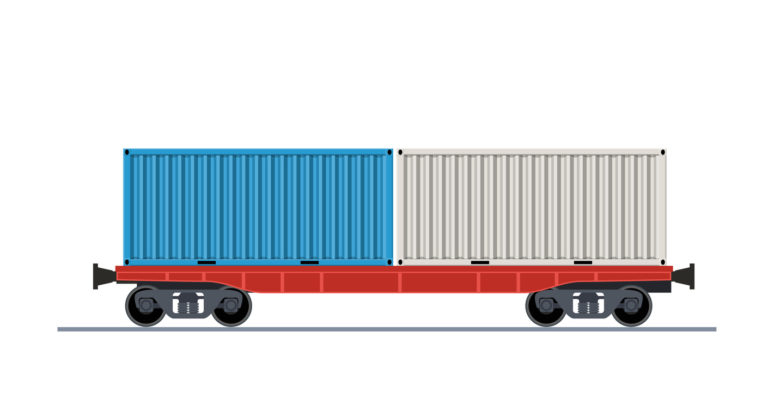 One major benefit of retrofitting existing diesel-electric freight trains with battery cars – otherwise known as battery tender cars – is that the battery-electric trains can always fall back on the diesel engine as a backup fuel source. This dual-fuel capability, allowing for either battery or diesel usage, is a unique advantage compared to fully electrifying the freight rail system or using hydrogen fuel cells.

Another major benefit is that battery-electric trains can be deployed as clean backup power, thus bolstering the electric grid’s resilience. Historically, diesel-electric trains have been used as power generators during emergencies. In early 1998, a series of ice storms left over a million without power in the northeastern U.S. and in parts of Canada. In one suburb of Montreal, the mayor moved an entire diesel-electric locomotive close to City Hall to supply power for their emergency response operations.

With the rise of extreme weather events and power outages, battery-electric trains have the potential to be deployed nationwide to avoid blackouts. These modular, battery tender cars can be transported to where they are needed and charged in locations where the electricity prices are low, thus offering significant advantages over grid-scale storage. Moreover, the battery tender cars could work as modular shipping containers, capable of exchange between freight rail and maritime shipping vessels, with positive benefits to decarbonizing both sectors and expanding the resilience reach.

“Conversion of the U.S. freight rail sector to battery-electric would generate about 220 gigawatt-hours of mobile storage,” said Phadke. “Furthermore, these battery tender cars could be deployed during extreme events, such as during the recent catastrophic wildfires in California or the 2021 winter storm in Texas that left millions without access to electricity. This mobile energy storage capability would also create a potential new revenue stream for freight rail operators.”

From a technical perspective, the researchers demonstrated that there should not be any constraints in moving to fully battery-electric freight trains, but further research and large-scale demonstration projects are needed to optimize charging infrastructure. “Berkeley Lab’s systems and markets analyses shed light on this overlooked area and demonstrated that we can decarbonize some sectors with existing technology, which will help us reach our climate goals that much faster while also advancing environmental justice and grid resilience. It’s a win-win-win,” said Berkeley Lab Energy Storage Center Director Noel Bakhtian. “The techno-economic analysis of battery-electric freight trains shows that we have viable solutions available to enable the transition to a clean, affordable, and resilient energy future.”

The research was supported by the William and Flora Hewlett Foundation, by way of the Berkeley Lab Foundation.