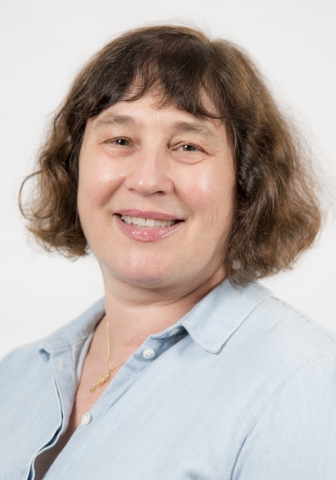 Marca Doeff is Division Deputy of the Energy Storage and Distributed Resources Division (ESDR), a Senior Scientist and member of the Energy Storage Group (ESG) at Lawrence Berkeley National Laboratory. She has worked on materials for electrochromics, lithium and sodium polymer batteries, lithium ion batteries, solid-state lithium batteries, and sodium ion batteries with aqueous or organic electrolytes.  This work has resulted in publication of approximately 150 peer-reviewed journal articles, book chapters, and extended abstracts as well as six patents.

Additionally, Marca has been invited to speak at numerous prestigious international conferences:

Marca was a finalist in the Center for Entrepreneurship and Technology CleanTech Innovation Awards, April 2008. She served on the Technical Affairs committee of the Electrochemical Society from 2003-2007 and as a member-at-large of the Battery Division of the Electrochemical Society from 2010-2012. Also, she has served on review panels for the National Science Foundation Materials Research Science and Engineering Centers (MRSECs) and for the Department of Energy ARPA-E.

Marca has been married to Douglas Taube since October 1990, and enjoys participating in outdoor activities such as hiking, bicycling, and skiing as well as traveling to exotic locales like Indonesia and Peru with him. She also participates in yoga and dance and is very fond of cats.

Journal and Editorial Board Memberships

A Study of Model‐Based Protective Fast‐Charging and Associated Degradation in Commercial Smartphone Cells: Insights on Cathode Degradation as a Result of Lithium Depositions on the Anode

Distinct Surface and Bulk Thermal Behaviors of LiNi0.6Mn0.2Co0.2O2 Cathode Materials as a Function of State of Charge

An Argument for Basic Battery Science: Each Time an Application Demands a New Battery Chemistry To Achieve Previously Unrealized Functionality, a New Fundamental Understanding Is Required

Investigating the Intercalation Chemistry of Alkali Ions in Fluoride Perovskites

Modification of the electrochemical activity of LiMn1.95Si0.05O4 spinel via addition of phases with different physico-chemical properties

Effect of lithium borate addition on the physical and electrochemical properties of the lithium ion conductor Li3.4Si0.4P0.6O4

The Impact of Aluminum and Iron Substitution on the Structure and Electrochemistry of Li(Ni0.4Co0.2-yMyMn0.4)O2 Materials

Electrode materials with the Na0.44MnO2 structure: Effect of titanium substitution on physical and electrochemical properties

TEM study of fracturing in spherical and plate-like LiFePO4 particles

Synthesis and electrochemistry of Li3MnO4: Mn in the +5 oxidation state

Factors influencing the quality of carbon coatings on LiFePO4

Optimization of carbon coatings on LiFePO4

Electrochemical and structural characterization of titanium-substituted manganese oxides based on Na0.44MnO2

Electrochemical characterization of manganese oxide cathode materials based on Na0.4MnO2

Effect of surface carbon structure on the electrochemical performance of LiFePO4

Synthesis and characterization of a copper-substituted manganese oxide with the Na0.44MnO2 structure

Effect of electrolyte composition on the performance of sodium/polymer cells

Electrochemical insertion of sodium into carbon