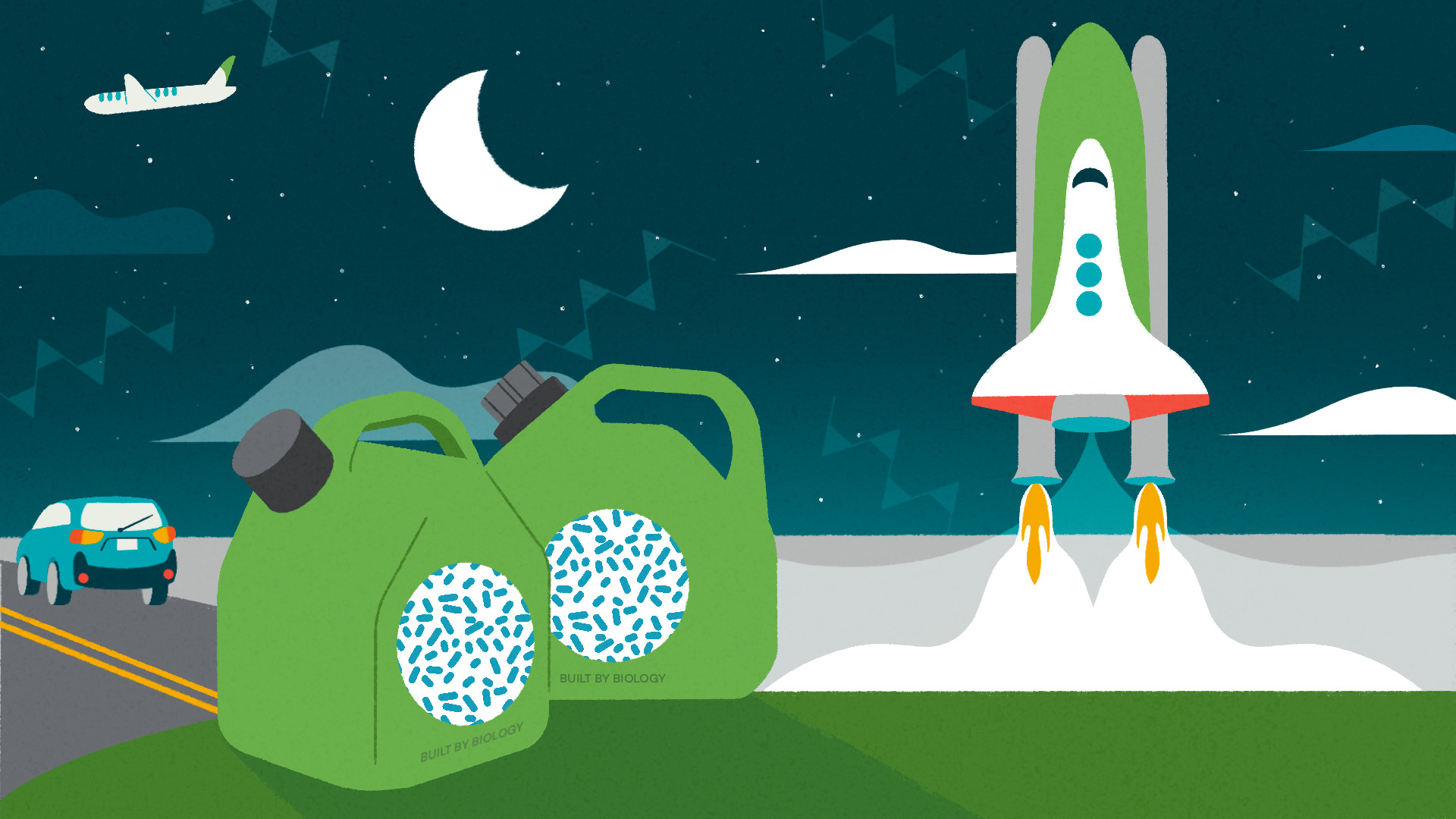 Converting petroleum into fuels involves crude chemistry first invented by humans in the 1800s. Meanwhile, bacteria have been producing carbon-based energy molecules for billions of years. Which do you think is better at the job?

Well aware of the advantages biology has to offer, a group of biofuel experts led by Lawrence Berkeley National Laboratory (Berkeley Lab) took inspiration from an extraordinary antifungal molecule made by Streptomyces bacteria to develop a totally new type of fuel that has projected energy density greater than the most advanced heavy-duty fuels used today, including the rocket fuels used by NASA.

“This biosynthetic pathway provides a clean route to highly energy-dense fuels that, prior to this work, could only be produced from petroleum using a highly toxic synthesis process,” said project leader Jay Keasling, a synthetic biology pioneer and CEO of the Department of Energy’s Joint BioEnergy Institute (JBEI). “As these fuels would be produced from bacteria fed with plant matter – which is made from carbon dioxide pulled from the atmosphere – burning them in engines will significantly reduce the amount of added greenhouse gas relative to any fuel generated from petroleum.”

The incredible energy potential of these fuel candidate molecules, called POP-FAMEs (for polycylcopropanated fatty acid methyl esters), comes from the fundamental chemistry of their structures. Polycylcopropanated molecules contain multiple triangle-shaped three-carbon rings that force each carbon-carbon bond into a sharp 60-degree angle. The potential energy in this strained bond translates into more energy for combustion than can be achieved with the larger ring structures or carbon-carbon chains typically found in fuels. In addition, these structures enable fuel molecules to pack tightly together in a small volume, increasing the mass – and therefore the total energy – of fuel that fits in any given tank.

“With petrochemical fuels, you get kind of a soup of different molecules and you don’t have a lot of fine control over those chemical structures. But that’s what we used for a long time and we designed all of our engines to run on petroleum derivatives,” said Eric Sundstrom, an author on the paper describing POP fuel candidates published in the journal Joule, and a research scientist at Berkeley Lab’s Advanced Biofuels and Bioproducts Process Development Unit (ABPDU).

“The larger consortium behind this work, Co-Optima, was funded to think about not just recreating the same fuels from biobased feedstocks, but how we can make new fuels with better properties,” said Sundstrom. “The question that led to this is: ‘What kinds of interesting structures can biology make that petrochemistry can’t make?’”

A quest for the ring(s)

Keasling, who is also a professor at UC Berkeley, had his eye on cyclopropane molecules for a long time. He had scoured the scientific literature for organic compounds with three-carbon rings and found just two known examples, both made by Streptomyces bacteria that are nearly impossible to grow in a lab environment. Fortunately, one of the molecules had been studied and genetically analyzed due to interest in its antifungal properties. Discovered in 1990, the natural product is named jawsamycin, because its unprecedented five cyclopropane rings make it look like a jaw filled with pointy teeth. 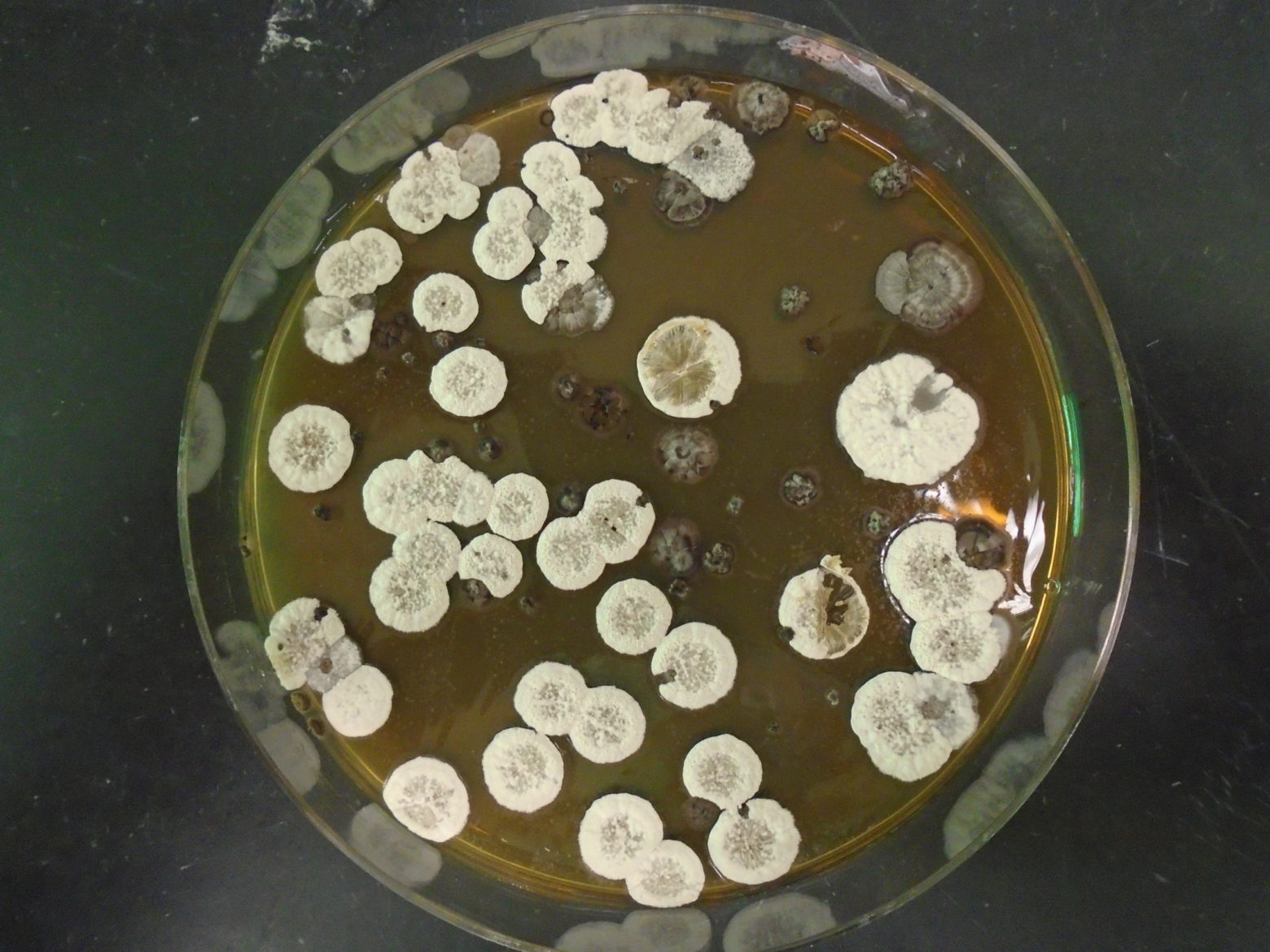 Keasling’s team, comprised of JBEI and ABPDU scientists, studied the genes from the original strain (S. roseoverticillatus) that encode the jawsamycin-building enzymes and took a deep dive into the genomes of related Streptomyces, looking for a combination of enzymes that could make a molecule with jawsamycin’s toothy rings while skipping the other parts of the structure. Like a baker rewriting recipes to invent the perfect dessert, the team hoped to remix existing bacterial machinery to create a new molecule with ready-to-burn fuel properties.

First author Pablo Cruz-Morales was able to assemble all the necessary ingredients to make POP-FAMEs after discovering new cyclopropane-making enzymes in a strain called S. albireticuli. “We searched in thousands of genomes for pathways that naturally make what we needed. That way we avoided the engineering that may or may not work and used nature’s best solution,” said Cruz-Morales, a senior researcher at the Novo Nordisk Foundation Center for Biosustainability, Technical University of Denmark and the co-principal investigator of the yeast natural products lab with Keasling.

Unfortunately, the bacteria weren’t as cooperative when it came to productivity. Ubiquitous in soils on every continent, Streptomyces are famous for their ability to make unusual chemicals. “A lot of the drugs used today, such as immunosuppressants, antibiotics, and anti-cancer drugs, are made by engineered Streptomyces,” said Cruz-Morales. “But they are very capricious and they’re not nice to work with in the lab. They’re talented, but they’re divas.” When two different engineered Streptomyces failed to make POP-FAMEs in sufficient quantities, he and his colleagues had to copy their newly arranged gene cluster into a more “tame” relative.

The resulting fatty acids contain up to seven cyclopropane rings chained on a carbon backbone, earning them the name fuelimycins. In a process similar to biodiesel production, these molecules require only one additional chemical processing step before they can serve as a fuel.

Though they still haven’t produced enough fuel candidate molecules for field tests – “you need 10 kilograms of fuel to do a test in a real rocket engine, and we’re not there yet,” Cruz-Morales explained with a laugh – they were able to evaluate Keasling’s predictions about energy density.

Colleagues at Pacific Northwest National Laboratory analyzed the POP-FAMEs with nuclear magnetic resonance spectroscopy to prove the presence of the elusive cyclopropane rings. And collaborators at Sandia National Laboratories used computer simulations to estimate how the compounds would perform compared to conventional fuels.

The simulation data suggest that POP fuel candidates are safe and stable at room temperature and will have energy density values of more than 50 megajoules per liter after chemical processing. Regular gasoline has a value of 32 megajoules per liter, JetA, the most common jet fuel, and RP-1, a popular kerosene-based rocket fuel, have around 35. 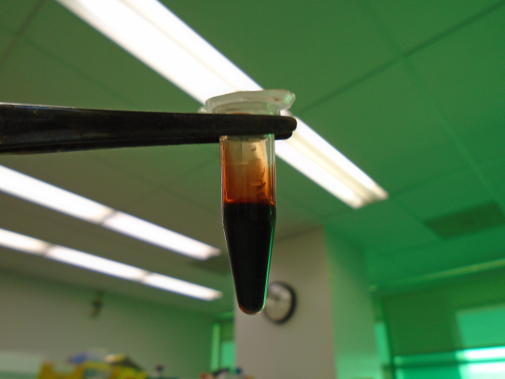 During the course of their research, the team discovered that their POP-FAMEs are very close in structure to an experimental petroleum-based rocket fuel called Syntin developed in the 1960s by the Soviet Union space agency and used for several successful Soyuz rocket launches in the 70s and 80s. Despite its powerful performance, Syntin manufacturing was halted due to high costs and the unpleasant process involved: a series of synthetic reactions with toxic byproducts and an unstable, explosive intermediate.

“Although POP-FAMEs share similar structures to Syntin, many have superior energy densities. Higher energy densities allow for lower fuel volumes, which in a rocket can allow for increased payloads and decreased overall emissions,” said author Alexander Landera, a staff scientist at Sandia. One of the team’s next goals to create a process to remove the two oxygen atoms on each molecule, which add dead weight. “When blended into a jet fuel, properly deoxygenated versions of POP-FAMEs may provide a similar benefit,” Landera added.

Since publishing their proof-of-concept paper, the scientists have begun work to increase the bacteria’s production efficiency even further to generate enough for combustion testing. They are also investigating how the multi-enzyme production pathway could be modified to create polycyclopropanated molecules of different lengths. “We’re working on tuning the chain length to target specific applications,” said Sundstrom. “Longer chain fuels would be solids, well-suited to certain rocket fuel applications, shorter chains might be better for jet fuel, and in the middle might be a diesel-alternative molecule.”

Author Corinne Scown, JBEI’s Director of Technoeconomic Analysis, added: “Energy density is everything when it comes to aviation and rocketry and this is where biology can really shine. The team can make fuel molecules tailored to the applications we need in those rapidly evolving sectors.”

Eventually, the scientists hope to engineer the process into a workhorse bacteria strain that could produce large quantities of POP molecules from plant waste food sources (like inedible agricultural residue and brush cleared for wildfire prevention), potentially making the ultimate carbon-neutral fuel.

Who’s up for some eco-friendly space travel?

This post originally appeared at the Berkeley Lab News Center.