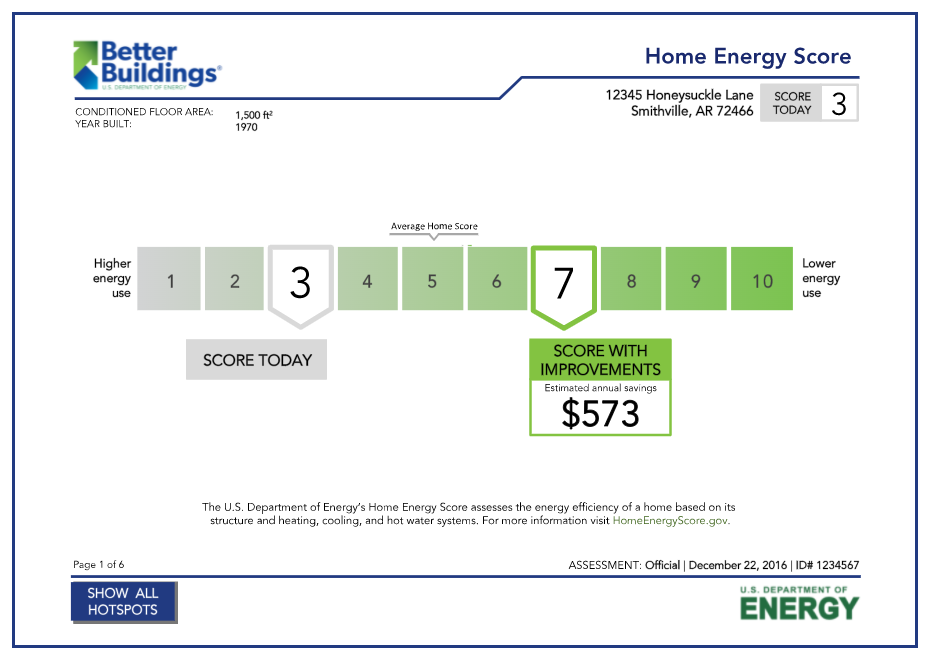 The Home Energy Score™ software suite, co-developed by the U.S. Department of Energy’s Lawrence Berkeley National Laboratory (Berkeley Lab), was awarded the prestigious Federal Laboratory Consortium Impact Award (FLC) for excellence in technology transfer achievement. The FLC award is one of the field’s top honors for federal laboratories and their industry partners.

Since 2012, the Home Energy Score™ has served as a national standard for grading an existing home’s energy use and efficiency – providing consumers with credible, comparable information in the form of a one-to-ten energy use score. Each score report also outlines recommendations for cost-effective improvements and potential cost-savings.

“The Home Energy Score is a great example of Department of Energy research at multiple national labs translating directly into something accessible and usable by everyone,” said Leo Rainer, Berkeley Lab engineer in the Building Technology and Urban Systems Division.

The Home Energy Score was developed in partnership with the Pacific Northwest National Laboratory and the National Renewable Energy Laboratory. Winners will be honored at an awards ceremony on April 6, 2022 at the Federal Laboratory Consortium Meeting held in Cleveland, Ohio.